The story of our bakery

Since 1925, the Fortino family has been working to make the best possible bread. It has not always been easy to keep the business running smoothly, but we have stayed true to our core values and we keep innovating and improving every day. 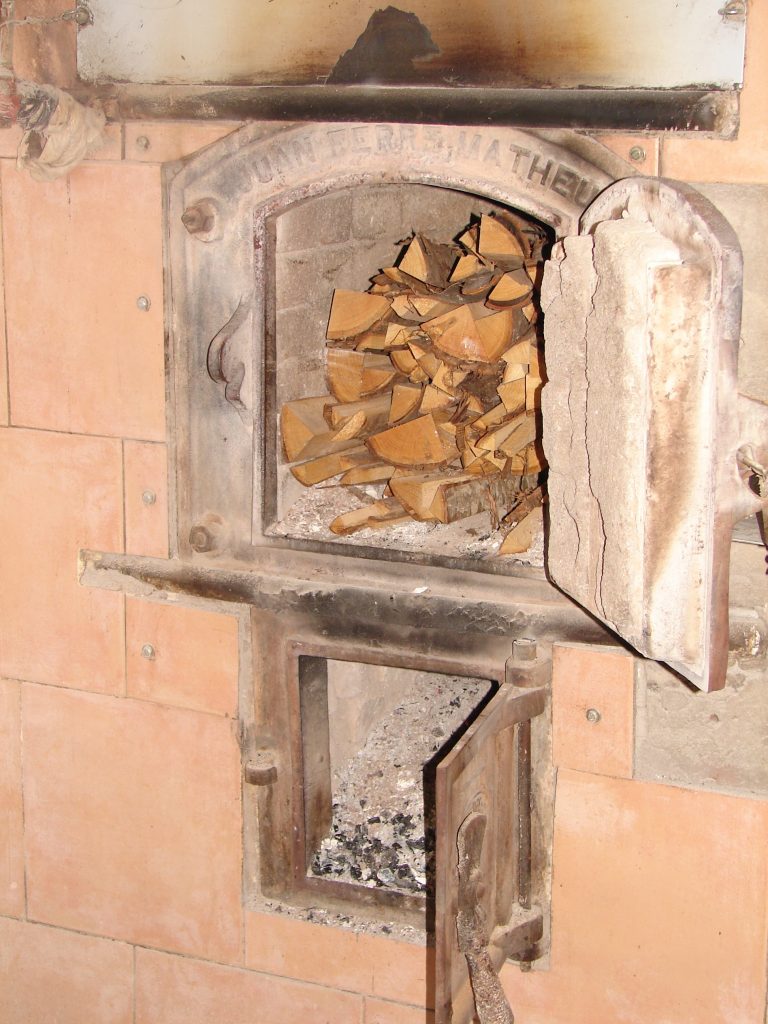 One of the sons of Josep Fortino, Josep Fortino Estarlich (Barcelona 1922-1978), was in charge of the business until his death. However, during his years running the business the sales start to go down, even though he is the first one who has the idea of selling cookies in boxes to other stores. At that time, the wine ring-shaped cookies and the cinnamon sticks were the best-sellers.

His son, Josep Fortino Bergés (Barcelona, 1949-2014), took the reins at the time of his father’s death. He baked since he was twelve and wanted to start innovating. He turned a business that was declining at that time into a unique and reference bakery.

He did not do it alone. His mother, Olga Bergés, his sister, Teresa Fortino, and his wife, Maribel Orga, worked with him for many years after his father death. In the nineties, Josep’s children and Teresa’s daughters join the family business.

The introduction of whole-grain flours other than wheat allowed a differentiation with the rest of the bakeries, at a time when this was not at all common. We have kept and encouraged this creative and courageous line of work until today.

The new recipes were baked together with the traditional breads, which were still the most valued products for customers and the baker’s pride. As it is still today, a good traditional Catalan loaf needs to be baked directly in contact with the hot stone of the oven. The heat created by the combustion of the wood was accumulated in the stone and was slowly absorbed by the loaves that were cooked inside the oven, until the bread got its delicious crust and spongy spring. 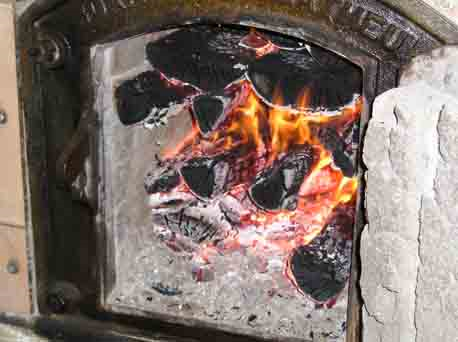 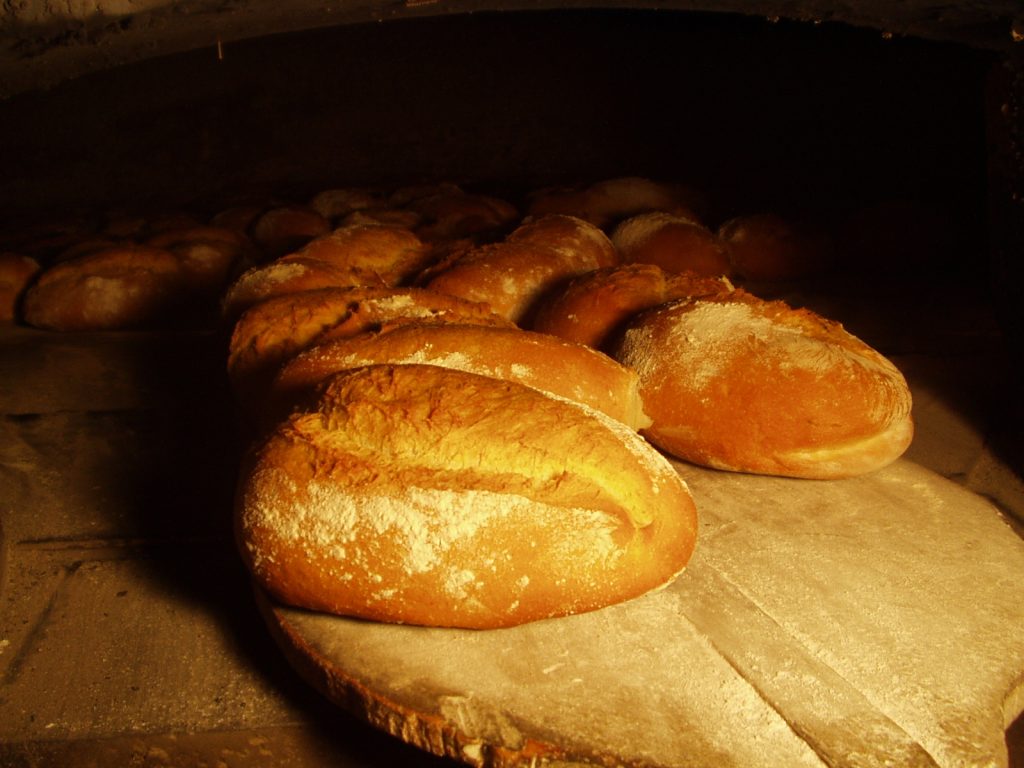 The sudden death of Josep Fortino Bergés in 2014 precipitated a period of crisis that the Fortino family has managed to overcome. Gemma Fortino Orga, the baker’s oldest daughter, had spent much of her life working in the store while she was studying and later got two college degrees in veterinary and psychology. When her father died, she decided to take over the business. He knew the business very well but was not a baker, so she decided to hire two professional bakers. In a joint family effort, they re-wrote her father’s recipes and managed to restore a high quality production in a few months. We are grateful to our loyal customers and the most supportive local community who supported us on those difficult times.

The team continued to grow. Josep Fortino’s nieces started to work at the bakey again and discovered a natural talent for baking. They soon took over the production of cookies and pastries. 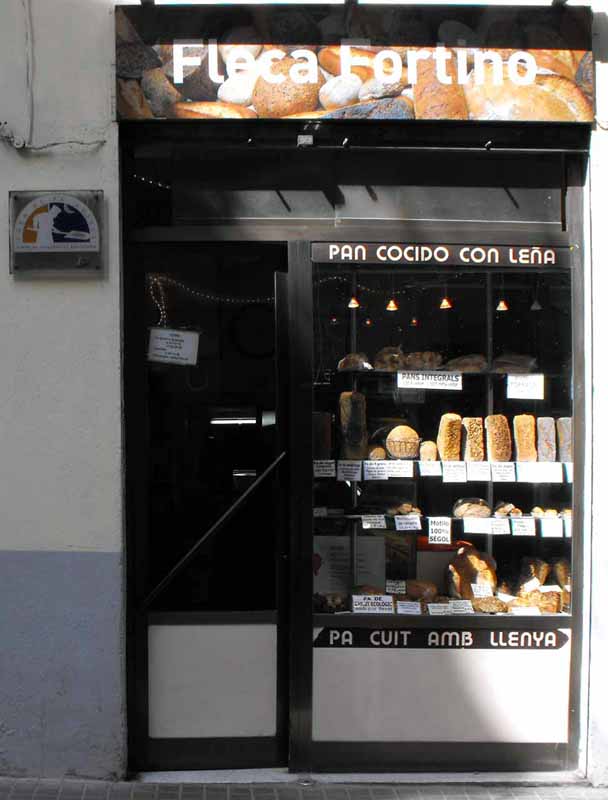 The trial for the old business premise

Nine months later, with the entry into force of the LAU in Barcelona (urban leasing law of 2015), Gemma received the official notification that they must leave the building in a month. Since she was not prepared to leave without fighting, the family started a three and a half years of a judicial process that finally led to eviction.

Throughout that time, we collected two thousand signatures that they presented to the judge. We also had the opportunity to explain to the judge the history of the family business but the verdict declared that they had to leave. However, we were not asked to pay any fine and the time taken by the judge to rule on their case gave us enough time to save the business.

We built a new workroom from scratch on Montseny street, four streets away from the old bakery, which began operating in January 2016. As it was a larger workroom we could get fermentation cameras that allowed us to work with more quality and stability. We bought the best in order to be able to continue making the traditional stone-baked Catalan bread.

The wood oven was never used again. Since we stopped operating the wood oven, the stone of the oven contracted and cracks and humidity appeared on the walls. A part of our heart cooled down with the old oven, but there was nothing we could do, it was time to move forward.

As the eviction date approached, we started looking for a new location for our bakery. We were very lucky to find a nice bakery location on the same street just eighty meters away from the old one. We paid the business transfer fee and we started the design and the works of the new store.

We moved in February 2018. Five days later we returned the keys to the owner of the old building and we said goodbye to a place that had been our home for a lifetime.

Our surprise was that in the new premises, with a very large and beautiful showcase, our sales started to go up. Not only our loyal customers started to visit us but also other members of our local community.

Even today, as we write this text, almost nine months after opening the new store, old customers who did not know that we had to leave the old bakery keep telling us how surprised and happy they are to know that we found a new location. Found us or rejoin us in this new stage. 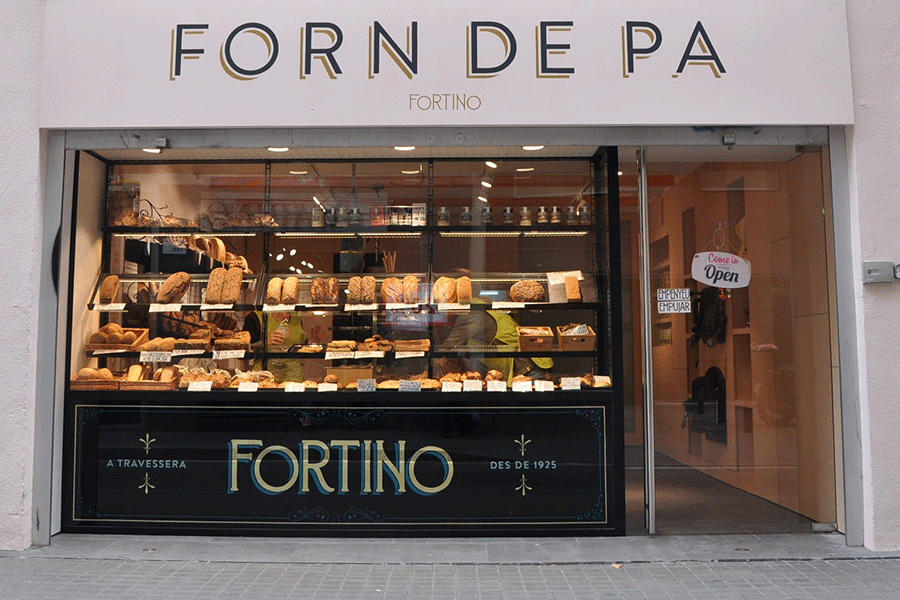 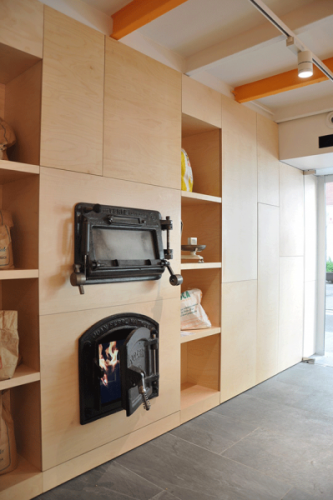